KAMCHATKA IS A LEGENDARY PENINSULA, situated at the extreme east of Siberia. Sandwiched between the Okhotsk Sea to the west and the Bering Straits to the east, this vast region was for a long time a forbidden military zone, not marked on any maps.

Since the 1990s it has been possible to access this 370 000 km2 territory (two thirds the size of France) to find an unspoiled wilderness, designated a «World Heritage Site by UNESCO» in 1996. 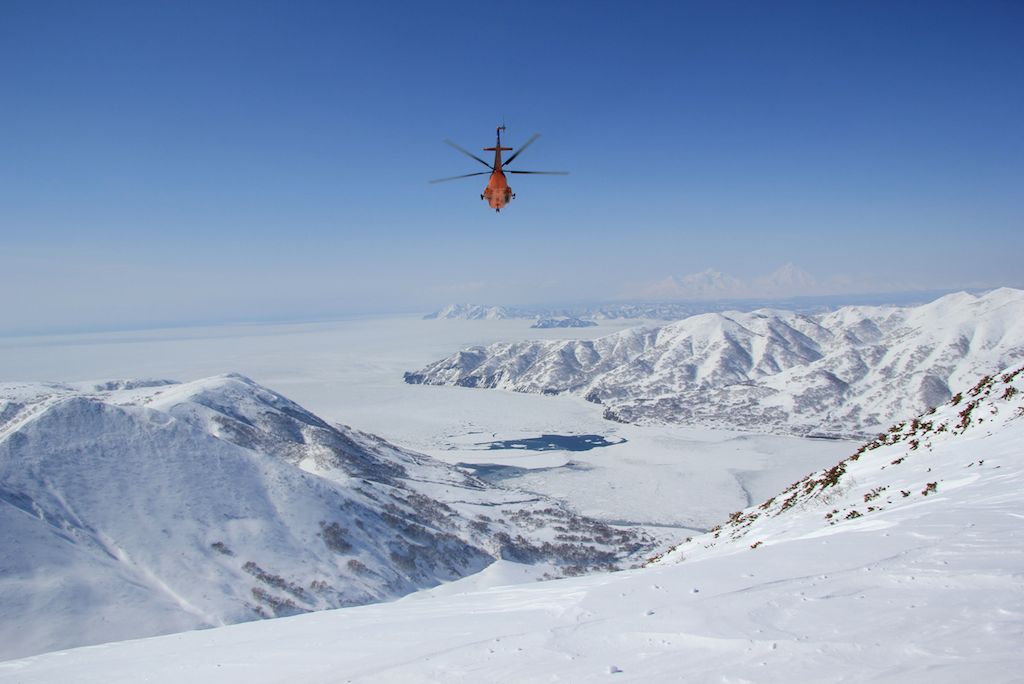 Kamchatka is home to 10% of the planets volcanoes, some of which are extremely active. At 4750m, the Klychevskaya volcano is the highest summit in Kamchatka and Siberia! This unique natural reserve is also home to the biggest brown bears in the world. They are particularly fond of the thousands of salmon found in the rivers during their yearly migration.

Human presence is restricted to a few towns and villages : two thirds of the population (180 000 habitants) live in the capital city of Petropavlovsk-Kamchatsky.

COME WITH US AND DISCOVER THIS EXCEPTIONAL TERRITORY, this spectacular wilderness, where fjords and active volcanoes offer you up to 3.000 m of uninterrupted descent. In the middle of geysers and thermal springs, on the edge of the north Pacific, youll leave your trace on this landscape where Man only passes through.
PACKAGES

Would you like to find out more about Kamchatka guided by our Team?
To have more information on this peculiar and wild experience, contact us at the following address: info@espritheliski.com. 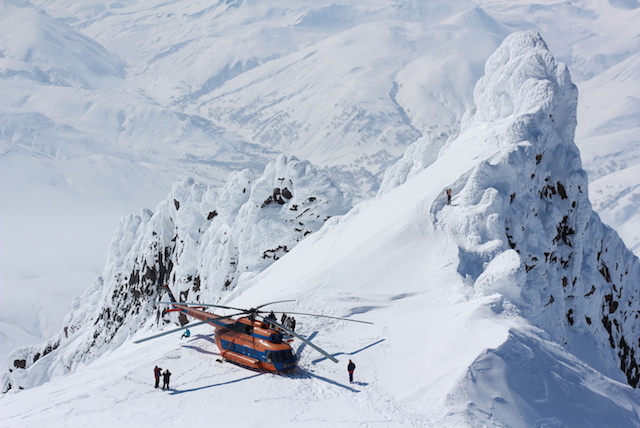